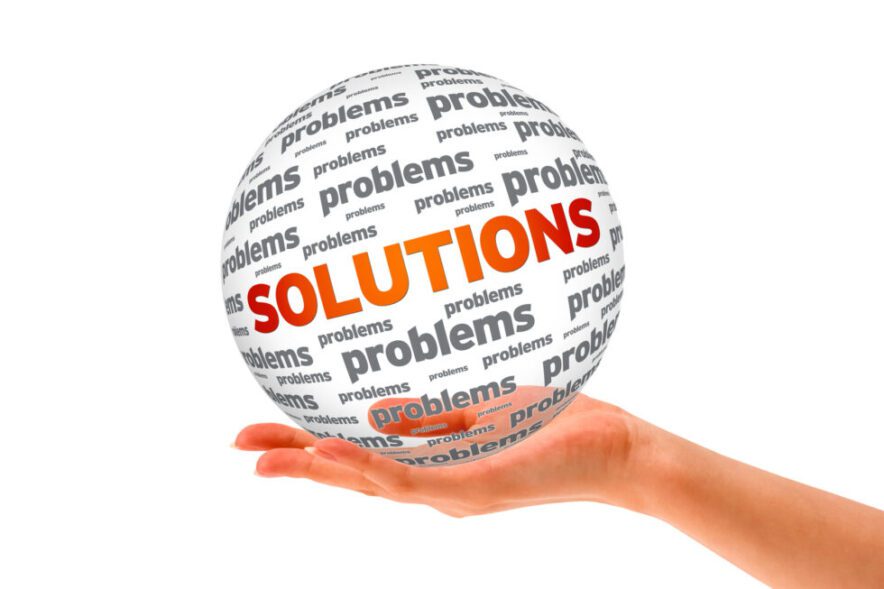 So you have a proposal to write, yet here you are participating in yet another inane group conversation that may include more than one agenda, a lack of clarity about who’s in charge or which way the team is proceeding, social loafing, grandstanding, or other counterproductive behaviors. It is probable that people are already “writing” their “sections” without the benefit of any sort of rallying points, guidance, or most importantly, an understanding of what main messages should be presented to the client. In these situations, I am frequently reminded of stone soup.

We all know the tale of stone soup, where hungry soldiers come to a village and discover that the villagers have hidden all of their food from them. The soldiers make a production out of making soup from stones, and one by one each villager contributes some ingredient that, together, produce a fine pot of soup.

Looking at yet another proposal introduction featuring “we are pleased to” and “we will” is more than most proposal professionals can bear, so they put two stones in the proverbial pot. “How about efficiency and quality? Does the customer care about that?” says the proposal manager. “Oh no,” says Sammy SME, “This customer doesn’t care about efficiency; they care about perfection.” Aha – one ingredient has been added.

At this point, your inner consultant may appear and want to play a new game called the “5 whys”, which involves repetitively asking “why?” to get to the underlying elements. For instance:

Q: So, why would this customer choose us?
A: Because we are pleased to submit this proposal to them.
Q: Why are we pleased to submit this proposal to them?
A: Because we care deeply about their mission.
Q: Why do we care deeply about their mission?
A: This company was founded by people who helped by this mission.
Q: Why would this customer care about that?
A: Because we are the only firm with a patented product line that addresses their main issue.
Q: Why doesn’t anyone else have that?
A: Because it is a labor of love and a huge resource commitment to replicate, and we have a first-mover advantage.

As shown here, proceeding down the 5 whys path is one way to get to one of the three main categories of win themes, which include discriminators or differentiators, themes based on strengths, and turnarounds and ghosts.

A lesser-known stone soup alternative may also be helpful in these situations. This one is attributed to General George Patton, who called it “rock soup.” When he found himself under-resourced and unauthorized to commit to offensive movements, General Patton would send out troops on “reconnaissance missions,” and they would get bogged down in skirmishes with the enemy. Once a few “recon patrols” were thus engaged, headquarters would invariably commit a larger body of troops to the effort. In this way, small-scale probes developed into all-out attacks in “self-defense.”

The proposal-writing equivalent to General Patton’s “rock soup” approach is in the absence of any win themes produced by client-facing staff, Business Developers, or others, an astute proposal manager can throw a few out there themselves. Inevitably, AFTER having done this, there will be no shortage of volunteers telling you how wrong you are. The willingness to populate a storyboard or whiteboard with ideas that are essentially sacrificial lambs takes a certain amount of moxie that not all would-be proposal managers possess… but it can be just the thing to get the conversation going.

Get two or more proposal consultants together, and in a few minutes, they will be talking about all of the salvage operations they have been on, guaranteed. Just like them, we have been discussing recovery operations here, and you might now be thinking about your next bowl of stone soup and who to invite over to be the chef. A much better approach is to do it right from the start. Cultivate win themes by listening to your prospective customer, thinking through what they are really saying, and identifying how best to help them. Most importantly your win themes then need to be run back by your prospective customer and validated prior to use.

In the second step, restate the hot buttons in a positive light and flesh out “benefits.” Generate quantified “features” for each benefit that can become elements of your solution. Add “proofs” to each theme. Use placeholders for quantities or names in areas requiring further research, and assign action items to proposal team members to provide supporting facts for the chosen win themes.

In between steps, you should scrub and edit your win theme document to clean up the statements, add facts as they come in (including validations by the prospective customer), and further, sort your win themes into proposal-level and section-level statements.

In the third step, critically examine your win themes based on competitive analysis results and “ideal world” exercises. Restate any win themes that need work, add to your list, or find even better win themes. Repeatedly ask the question “so what?” and either weed out weak win themes or make them sub-bullets of stronger ones. Finally, map your win themes to the proposal outline and/or work packages.

Parachuting in or coming to the party late for clean-up work makes for great war stories of how you created that great batch of stew out of nothing but rocks, but real proposal winners do it right the first time and know what steps to take to pull the team together to create compelling win themes.