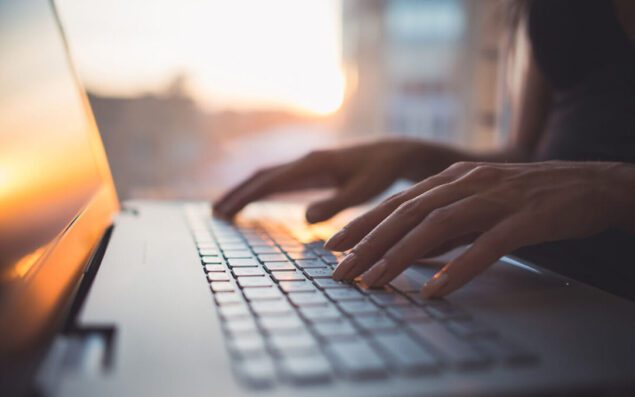 If the trickiest part of proposals was the process of preparing a compliant document with text and multiple graphics for submission, winning would be a lot easier. In the end, answering every requirement may prevent a proposal from being thrown out, but getting the win themes and subject matter expertise captured in hard-hitting text that speaks straight to the customer’s needs is what makes a winning difference. That winning prose is hard to produce. It takes a lot of time and effort and it causes prolonged suffering to everyone involved. Unfortunately, most pursuits do not get blessed with Stephen King-like engineers who can bang out several sections in a day, and they have limited budgets that don’t allow hiring a band of consultants. So, how can you get your team to write well?
It is an uphill battle. Authors usually face time limitations due to juggling their “day” jobs with proposal assignments. They also suffer from lack of confidence in their writing skills, writer’s block, procrastination, lack of exposure to basic writing tools and techniques, and bad habits such as indiscriminate reuse of old proposal text. Many people in technical professions seem to have the holy fear of writing the same way some non-technical people dread math.
The trouble is that proposal managers’ common bag of tricks with annotated outlines, requirements-filled storyboards, and threats to enforce deadlines does just the opposite of getting people to free up their time and get their creativity flowing. Motivation, creativity, and inspiration originate from the place opposite of linear thinking, forms, and threats. This is why storyboards are scarcely useful and often get abandoned after their review, when the “real writing” starts. Storyboards actually come from the movie industry, and they are based on the script that is already written. This tool was not created for people who do not yet know what to write. Paradoxically, just starting to write or issuing section assignments without instructions leads to an even worse output than using storyboards. It is often a difficult and tricky leap a proposal makes from storyboards to a good first draft.
The solution for proposal managers is to help the authors make three
shifts to becoming better writers:

1. Change the personal belief system about writing and one’sown abilities

Although seemingly hard to accomplish, the first shift does not require the likes of Doctor Phil to facilitate. During proposal kick-off or the initial just-in-time training session, it is important to dedicate some time to discuss the authors’ disempowering beliefs about writing, so that people gain an awareness of them. As an example, I ask people to raise hands if they believe good writing requires a special gift, and ask what they picture when they think of a good writer. It is amazing how many people, when they think of good writing, picture someone effortlessly whipping together clever sentences with adjectives and adverbs that are not part of an average engineer’s day-to-day vocabulary.
To address the writing fears, I first explain that unless we were required to write iambic verses or haiku, there is no mystery to good proposal writing, nor does it require special talent. I ask them to forget all the adjectives and adverbs, and vocabularies full of sophisticated four-to-five-syllable words. Most of the time those words try to mask weak nouns and verbs and lack of substance, and end up as evaluators’ laughing stock-hence “world-class” is now “banned” from proposals.
I then ask people to stop themselves, even if just for the duration of the proposal, from telling themselves they are bad writers and this work is boring. With the negative self-talk gone they have a greater chance of succeeding.
I also ask people to stop believing that writing has to take dedicated hours of quiet time. They usually postpone the writing project until that perfect time block is found, which is usually too late. I ask them instead to dedicate 15 minutes in the morning, and 15 minutes in the afternoon daily. I found that oftentimes, when people get started, they end up getting on a roll and do more than they had planned. I ask them to post their work daily so that I can see their progress. Even if people use only two 15-minute time slots each day, the quality of their sections improves because in the in-between times, authors get to percolate and generate new ideas. Plus, they stop dreading writing because it does not consume too much of their precious time.
Finally, I get to the real reason many people don’t believe they can write well. They expect perfection right away, and cannot get past the first few sentences without harshly judging what they have written. I ask the team to give themselves blanket permission to write badly at first, and get away from expecting perfect prose in the first draft.

2. Gain understanding of the writing process

Another culprit of painful proposal writing is lack of understanding of the writing process. The writing process consists of three distinct stages: research, actual writing, and editing. When these stages are skipped, mixed, or tackled out of order, writing becomes painful and time-consuming. Starting to write before all the preparation, planning, and research are done is dreadful, because people do not like to feel like fakes and talk about things they know nothing about. If people are having a hard time starting their sections, it is often because they do not yet understand what the customer is looking for, what is being proposed, and why the customer should pick this team. Until this understanding is reached, writing will not flow. The research, preparation, and planning of each section should take at least 40% of the time it takes to produce a final draft.
The mother of writer’s block, however, is editing while writing. If you are one of the people who can recall spending a whole hour only to produce one or two sentences, you understand what I mean. The secret to beating the writer’s block lies in developing the discipline of writing without using backspace or mouse. It is important to “bake the cake” first, without looking back. It does not matter if it is an ugly cake—it just has to be there in its fullness before the cycle of revisions can start.
I ask people to repeat a little mantra—“I will have a chance to go back and make it better”—when they start changing words, or rereading what they just typed. They have to remember that writing does not end with the “writing” stage. In fact, proportionally, the time allocated to revisions and editing should be about twice as long as the writing itself. If research is 40 %, writing should be 20 %, and revising and editing should take another 40%. Knowing that usually relaxes our inner grammarians and judges.
It is important that proposal managers schedule proposal milestones correctly in light of the writing process to help the team along. I also schedule just-in-time training and personal time with each writer to teach them research, writing, and editing techniques and tools. This is time and effort well spent, because it cuts down on the amount of rewriting a proposal manager has to do.
Work packages used strictly as questionnaires and research tools are much more useful for this process than storyboards. They have to have the right types of questions in them and provide thorough explanations for what is required. I teach the team how to fill them out, and emphasize that work packages are not a writing tool per se, but an information collection bucket for research results and approach development notes. In combination with brainstorming and section planning, they are an effective way to get the team prepared to write.
When the writing stage begins, I teach the proposal team techniques for section planning that are more effective than outlining or storyboarding. One method is to get all ideas and things that should go into a section on post-it notes without judging those ideas, and then move them around to figure out the order that makes the most sense—and what may be missing. Another one is to mind-map—to draw circles with all the points that need to be made, and get them to inspire other thoughts. Yet another one is to use a chart similar to a dart board, where the win theme gets placed in the center, and ideas and greater detail get filled out from the center to the periphery. An alternative technique is to create a key section graphic first, so the whole section can talk to it. The key to each tool is to not overuse it—these tools are meant to get the creative juices flowing, rather than becoming a goal in and of themselves.

When the team gets to the revising and editing stage, it is useful to give a presentation on how to sharpen the flow of the sections and the language using simple techniques and automated tools available in Microsoft Word and online. Since editors frequently refrain from making in-depth content edits, it is the writers’ task to make their sections more readable before these go to the editors. One good technique to share with the team is how to reorder paragraphs so that the section makes a compelling argument, while remaining compliant. Beyond the obvious task of getting rid of the passive voice, it is also good to show how to shorten long sentences and three-to-four syllable words the evaluators are sure to stumble over. I also teach a proposal team how to make dull and wordy sentences into punchy short phrases.
This approach reduces pain, and the team has a lot more fun with the writing. It drastically cuts down the time writers charge to the budget to write a proposal and it leaves more time for other tasks. It also reduces a proposal manager’s headache because there is very little rewriting, and the reviews are less bloody. And, finally, better-written proposals are a lot more likely to win—and isn’t that why we are all doing it in the first place?
If you’d like to send your team off for some personal training, take a look at our upcoming Writing Persuasive Proposals class.