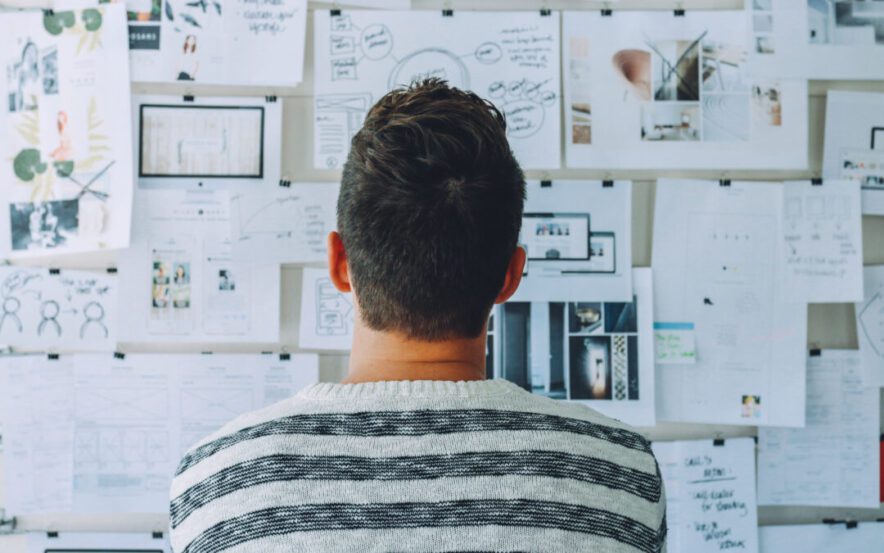 This article covers the “quick and dirty” of getting proposals done when there isn’t enough time. I want to preface it by saying that we at OST like to go through a proper capture and proposal development process to increase the probability of winning (Pwin). With proper planning, even short-turnaround task order proposals allow for the bulk of the work to happen left of the Request for Proposal (RFP) release date. That said, occasionally we get into rush jobs where playing by the book simply is not an option.

The list of reasons why there may be limited time to write an outstanding proposal is extensive, but here are a few examples of situations that could require a rush job:

If you find yourself in one of those or another rush job scenario, don’t lose hope. There are creative ways to navigate last-minute proposal preparation and increase your chances of delivering a winning proposal. To demonstrate how let’s discuss a hypothetical scenario from a proposal manager’s perspective.

The proposal manager’s name is Jake. He has a 150-page technical response to tackle, a team of two competent-but-busy subject matter experts (SMEs), a couple of consultants, and only two weeks left till the submission deadline. Jake has been busy on another proposal, and the large business teaming partner he was counting on to do the bulk of the heavy lifting excused themselves from the team last-minute. No-bidding is out of the question, as Jake’s boss thinks it’s a must-win.

While feeling overwhelmed and daunted, Jake’s first task is to take a deep breath and assess the proposal for potential risks and points of failure. He feels like he needs to bend the time-space continuum to make the impossible possible. In an attempt to buy time, he gathers up his SMEs to see if they can come up with any curveball questions to ask the customer that might prompt an extension—but he can’t count on that quite yet.

Jake asks himself, “What do we have to work with?” He looks at his resources and figures that it would take roughly 600 hours at 4 hours per page to finish the technical proposal. Not good. His finance manager can handle the business volume. He needs to bring the number of hours down as his SMEs are working on other projects and he has limited dollars in his budget to pay consultants. He needs additional writers, so he asks his consultants for a referral and lands a partner company with solid past performance to provide complementary technical expertise. He hits the jackpot when the new partner agrees quickly because they were part of a team for the same pursuit that fell apart—kind of the mirror opposite of what happened to Jake. That means there’s no learning curve, and they’re eager to provide proposal support to make the deadline. This reduces the writing burden on Jake’s internal team.

Jake has been prudent and already prepared a compliant outline, a list of the customer’s hot buttons, related proposal win themes, and past performance examples to use as proof. He realizes the team needs to start writing yesterday. The rub is that he has no technical approach and no time for brainstorming or formal color reviews because the schedule has to maximize writing time.

Jake hates using boilerplate content, but he accepts the process will be ugly at this juncture. He assigns sections to writers and instructs the authors to search for related sections in old proposals using keywords. Their task is to find an appropriate boilerplate to populate the proposal outline with as much content as possible, and then to conduct a gap analysis to see what’s usable and what needs to be developed from scratch. He asks the authors to comment on compliance holes as they look through the boilerplate and tailor what they can adapt to meet the current requirements. Doing this boilerplate work achieves multiple goals: it moves the proposal forward, gets the writers to percolate on proposal content, and narrows down the list of writing targets.

As the remaining holes emerge, Jake conducts just-in-time training on mind-mapping and speed writing. He sets up staggered two-hour brainstorming sessions to develop the solution. He begins with the organization chart and the CONOPS graphic showing the sequence of steps to implement the work. He writes down all elements of the work on a sketch, and then he works with the SMEs to sequence them appropriately and look for any value-added offerings his company could propose—i.e. any angles that would make the approach less “plain vanilla.”

As the brainstorming continues, Jake identifies questions to answer, decisions to make, and tasks to accomplish. He funnels actions to the recruiter, administrative assistant, teaming partner, and others as he sees fit. As for the authors, he asks them to use timers to write in 30-minute spurts without answering email or phone calls and to finish each section entirely without going back and editing or perfecting their writing. He knows that the main task is to “bake the cake” all the way through. If they stumble upon a question they don’t have an answer to, he tells them to write down the question in the text and keep going. He asks them to stay away from the backspace button and avoid jumping back and forth from writing to research.

Jake plays with the schedule. He decides to hold only one formal color review: the Red Team. He replaces the other color reviews with informal rolling reviews to ensure the proposal stays on track. He conducts an informal Pink Team review that consists of a compliance check for the outline, recommendations on how sections should tie together, additional content offers for holes, inserting the material from brainstorming, and getting authors to read each other’s sections for context.

From his private training slides library, Jake tailors just-in-time training for the reviewers so they’re equipped to roll up their sleeves and improve sections instead of critiquing or correcting grammar. He spends a solid hour carefully thinking through the specifics of the reviewers’ assignments, instead of telling them to read the entire proposal.

The proposal document lives on SharePoint and evolves in real-time, with all authors and reviewers working in the same document. This removes version control confusion and possible delays. Jake can see right away if someone is “majoring in minors,” procrastinating, or obsessing with editing while other sections need attention. He coaches the authors to move along. As the proposal progresses, he runs daily status calls to keep the communication going. He keeps reading the sections, finding holes and facilitating filling them, tying in hot buttons to show understanding, and inserting win themes. Jake also identifies compliance issues and sends data calls to get the information. He continuously reviews the business volume and ensures the technical response is consistent. Jake’s goal here is to submit a compliant proposal that makes the technical cut to be selected on price. He also routes graphics to an outsourced graphic artist with whom he negotiated a handful of hours to ensure a professional look and a consistent color palette.

Jake has to be a creative taskmaster, so when one of the SMEs finishes her sections early, he has her pepper past performance anecdotes throughout the entire proposal where they are appropriate. Her assignment is not a traditional vertical task (one section, one author), but horizontal—i.e. one author touching multiple sections, adding “proof that the team can do this job.”

Jake aims for a 100%-compliant proposal by the Red Team review. He tasks reviewers to identify overly general language and tailor it more to the project at hand, adding content if necessary. After the Red Team, he updates a status matrix of each section and subsection’s path to completion, staggering the work and reassigning his authors to sections as he sees fit. He has the boss’s administrative assistant, who doubles as editor and desktop publisher, start on the sections he considers mature. Jake even takes time to prepare a detailed production checklist to ensure that no section falls through the cracks. He reassigns tasks on an hourly basis, constantly communicating with the team. He feels like a hydra with multiple heads that spin like a whirling dervish, but he knows that keeping on top of all this coordination is the key to success. He simultaneously dreads and desires the proposal submission hour. On the one hand, the promise of the approaching deadline is keeping him sane as he craves sleep. On the other hand, he has to ensure that the rushed and disjointed proposal somehow gels in the last couple of days.

Since the customer doesn’t post answers to questions as the deadline nears, Jake senses there will be a proposed extension. His curveball strategy may have worked. He asks his boss to call the contracting officer to verify his hunch. Sure enough, the contracting officer indicates that she plans to extend the deadline by one week. Jake knows that he can use that week to make his proposal sing. As the amendment is posted, he breathes a sigh of relief and orders his team to get some much-needed sleep. He plans the status meeting at noon the next day to give himself some time to think through his strategy.

Jake gives his team assignments to fill the remaining holes in time to conduct a Red Team #2 review a day later. His review goal now is to get the proposal from “green” to “blue” by adding specificities such as personnel names and functions (i.e. who will do which jobs) and other facts. His standards suddenly raise as he sees improvement opportunities throughout the proposal. He chisels at the approach, enhancing clarity and structure in areas that are currently vague and general.  He also prioritizes the sections that will have the most impact and strengthen them further. When the proposal is finally done and submitted, Jake is relatively happy with the end result. However, he vows to be better prepared in the future by finalizing teaming arrangements and approaching brainstorming during capture.

The moral of Jake’s story is that a proposal manager in a rush job situation must be adaptable and focus on moving the proposal forward every day, at a pace that’s sufficient to meet the deadline. You have to be creative in using the resources you have, “bend” the process to suit the situation, and closely manage it, ruthlessly prioritizing the proposal team’s tasks.