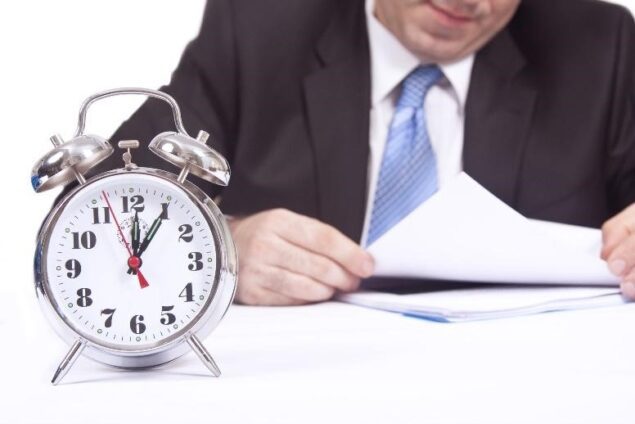 Recently, I helped develop a proposal for a company where the team lost momentum and stopped turning in work once the government said they may consider an extension during a bidders’ conference. I wanted to share some lessons learned, as losing momentum is a danger many proposal managers fear.
The effort started out as many short turn-around proposals do, with all hands-on-deck dedicating their attention to the pursuit. This was a large task order proposal that would be nearly 160 pages once finished, not including the cost volume, all due within 10 days. The task order was issued on a highly competitive contract vehicle, with many qualified companies bidding. I developed annotated outlines, held a kickoff, and issued assignments. The subject matter experts (SME) were tasked to brainstorm and provide section inputs to me, as I integrated content into a master document. As expected, most inputs started with boilerplate, but I worked with the authors to develop the content we needed.
Things were chugging along until the bidders’ conference happened. The government couldn’t answer all the questions right away, and said they may consider extending the deadline. Unfortunately, everyone heard it, as our SMEs were listening to the call to catch the technical nuances of the questions and answers (Q&A). Within 24 hours, there were hardly any attendees on the status calls. All responses from the teaming partners stopped. Few people replied to emails or turned in assignments, despite my instructions.
I switched to highlighting what had to be completed in each section, pending the Q&A release. The clock ticked, with everyone’s attention focused on their “day jobs.” Finally, the government posted the amendment with the Q&A and extension one day before the original proposal due date. We were lucky to get another two weeks.
After a 10-day original proposal duration, two extra weeks felt like a long time to our client. They decided to conserve proposal budget and asked me to step back while their SMEs worked on the holes I had identified. I witnessed minimal email traffic for another week, until five days before the due date the sense of urgency returned. The team was once again motivated to fill holes and fix non-compliant sections. We finalized most of the volumes, but the technical proposal still looked raw. The SMEs’ inputs were still trickling in with 24 hours left to the electronic submission deadline.
The client wanted to hold a typical Color Team Review that would provide comments to the SMEs to wrap up the Technical Volume. I convinced them that there wasn’t enough time. I recommended for us all to get on a GoToMeeting to conduct a live Read-Aloud Review. The SMEs, executives, and myself conducted a 15-hour marathon session where we made all the remaining decisions to finalize our solution, tweaked graphics, looked up facts, added call-out boxes with themes, and pored over every word in the proposal. I edited and desktop-published simultaneously. This was a parallel approach instead of a linear one. I needed people to roll up their sleeves, dive in, and fix the proposal now instead of admiring the problem and hoping it gets taken care of miraculously overnight.
When we finished at 4 am, eight hours before the deadline, I felt sad that this proposal was now good, but it would have been outstanding if we spent another week to polish it. The time we lost when the extension was eminent and the generosity of the two-week extension itself hurt us in the end. Instead of relying on a superior approach, we are left hoping we have the lowest price.
If you are a capture manager, proposal manager, or oversee the proposal development process, don’t let focus and momentum fizzle out by relaxing when an extension is expected or released.  Don’t assume that the extension will be granted until you have seen the amendment. Garner management’s support to keep pressure on the team, stick to your deadlines for assignments, and always keep moving the proposal document forward. Use the extra time to make your proposal outstanding. Finally, if you are up against the wall and this is your last resort, use a Read-Aloud session with all the decision makers in the room to finish your proposal live. Ensure that the person who “drives” the computer is capable of multitasking—copyediting while changing content, desktop publishing, fixing graphics on a fly, and facilitating the discussion. Instruct your team to keep multiple sets of eyes on the changing document to catch any errors this person may introduce, as you won’t have time for another pass.
Have you ever encountered similar issues? How did you manage to keep your team’s focus and momentum, and get the proposal finished?
Give us a call if you need help with your proposal process or help on your next must-win, or get additional training for your team by visiting our Bid & Proposal Academy.
See our up Bid & Proposal Academy Courses