The Scoop on Government Procurement Teaming, Affiliation, JVs, and More 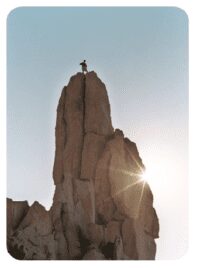 The majority of teaming arrangements usually take place between large and small businesses, where either one could be the prime, depending on the procurement type. A full and open procurement where anyone can compete will usually have large businesses as the primes with small business subcontractors, whereas in small business set asides, you might see small–large arrangements, and even teams of multiple small businesses.
Because the size rules are complex, small business size is the largest cause for protests. Teaming could be one of the contributors to the problem. Therefore, you must understand the rules that have to do with the small business type and size, and how the government views your size.
The RFP will state a couple of things you have to pay attention to when teaming. It will include a NAICS code that will tell you what is considered the small business size for that procurement, and the associated dollar value that you cannot exceed as your average gross annual receipts for the past three years to qualify (for most businesses in the services industry), or the maximum number of employees (applicable to such businesses as manufacturing, telecommunications, and transportation companies). It will also state whether the contract is a set-aside or full and open. On full and open contracts, the NAICS is there to show a threshold at which a large business will get credit for subcontracting with small businesses.
For example, if the RFP is released under NAICS 541512, Computer Systems Design Services, then the small business under that NAICS should have made no more than $25.5 million in average gross receipts for the past three years by the time of proposal submission.
It would be too simple if it ended there, if not for pesky affiliation rules. Affiliation essentially means that the government can add up the size of all the companies teaming together instead of looking at the size of just the small business prime, and treat the team as one bidder. If the government considers companies affiliated for size purposes, it will add teammates’ gross receipts numbers (or employee numbers) together; if they do that, the sum might exceed the size standard of the NAICS for that RFP, rendering the team’s proposal invalid. Behaviors that can leave you vulnerable to an assessment of affiliation include going after the same bids with the same team over and over again, using each other’s offices on a regular basis, or repeatedly sharing resources such as a proposal team. Even if you do not advertise these facts, a protest by a bitter competitor who is privy to these details could lead to a decision that you have been acting as one company.
Generally speaking, you don’t have to fear this in your regular teaming arrangements, even if you tend to go with the same teammates, because teaming agreements don’t automatically create an affiliation. Just make sure that you have a formal teaming agreement in place.
JVs that are not of the SBA mentor–protégé kind, however, can create an affiliation. You have to follow many rules if you want to bid on small business set-aside solicitations as a JV. JVs should be formed for a specific “bundled” pursuit (where the government has combined multiple different requirements to form a larger project), before you submit the proposal. JVs have to be formed for a particular purpose, such as winning a specific contract.
To avoid affiliation, a small business JV can be awarded no more than three contracts in two years (with some exceptions you should read up on if you are finding yourself in this situation). If the JV is ongoing, and is pursuing multiple contracts, it is considered a partnership, not a JV, and the companies will be considered affiliated for size purposes.
For a procurement having a revenue-based size standard, the dollar value of the procurement, including options, has to exceed half the size standard corresponding to the NAICS code assigned to the contract. When the employee-based size standard applies, the dollar value of the procurement has to exceed $10 million.
For example, if you are going after a $5 million contract, and the NAICS code for the procurement is $7 million, it is perfectly okay because $5 million is more than $3.5 million (which is half of $7 million).
You also need to follow the rules that are specific to each type of small business JV. If these rules don’t make sense and you are doing it for the first time, get a government contracts lawyer or contact a consultant to guide you through the rules.